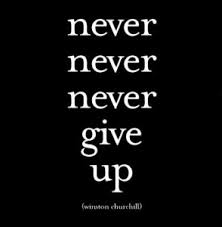 HOW DO YOU KEEP THE CREATIVE FIRE BURNING UNDER YOUR OWN FLAME?

This is a question I’ve been asked over and over again. It’s a really good question, especially because it’s something that I also struggle with: in between projects, when the calendar isn’t filling up, and there’s a drought of tweets, likes, and phone calls. It’s also a question that also typically follows after I’ve shared the fact that I gave myself ten years to write my first book.

How did you keep going?

I have no idea. No, seriously I have some idea but it wasn’t just one thing. Due to the question of constantly needing to reinvent oneself, to often create in isolation, and pouring so much of ourselves into a project can have you feeling “spent” and all the while never knowing with any real certainty if what you’ve produced is worthy, relevant, and –dare I say- [purchase] ready. It is the nature of the beast to have all these questions and concerns and they can show up even before we’ve written or typed a word. It shouldn’t be that way but it’s the price of being a mere mortal who wants nothing more than to share his or her best work, be respected, and to hopefully earn a living doing the thing that we love.

In my own journey with the ups and downs of the book process: the self–published process, I had my share of those challenges. In fact, my lowest low hit such a place that at one point I came close to chucking the whole thing into two large garbage bags. Do NOT try this at home and do NOT follow my example.

Never give up. I’ll say it again, NEVER give up!

When I hit that low, I called on everything I could attach myself to. I sought out buoys, ports, and barnacles that represented anything positive, productive, or fortifying to grab onto. Sometimes you have to fake it ‘till you make it and sometimes you just need to take a step away. You might just need a break. I did. I took some time away to regroup and recharge to gain some fresh energy and a more objective perspective. This allowed me to return to the work with more clarity and once again inspired to finish what I’d begun, with the best I had to offer. Walk away from the table but always come back. And I’m not sure if I’ve mentioned this but…never give up!

Surround yourself with all that keeps you engaged, juiced, motivated, and determined. Read about other people’s stories. Triumph over challenge never gets old. Visit museums by your favorite artists, go to the theater, and listen to music that you love or different kinds of music that you never thought you’d listen to. You might hate it. But you might get surprised because it could inspire something completely different in a whole new way. Find positive affirmations, films & documentaries, workshops, terrific articles and blogs online, creative or informative events, yoga, whatever!! In other words whatever works to keep you going. The goal is to keep working and keep pressing forward.

Although I made use of and continue to pull from all of the above, I’d have to say that the most important element that has helped me to keep the faith and keep at it was staying connected to those people in my life who not only inspired me-based on what they had accomplished and were continuing to accomplish, instead of just talking about it-but who also believed in me.

Having said all this, at the end of the day, it begins and ends with YOU: your commitment to “it”, your commitment to continually push passed the comfort, fears, and self-doubts, your commitment to yourself and to the WORK. For those of us who dare to put it on the paper or onto our laptops, all we need to do is…begin. Begin, show up again, and keep chipping away until you’ve reached the end. Just work. Chop wood carry water. Work, work, work is all that really matters. And did I mention? Never NEVER give up.

Have an inspiring and crazy productive November!